When you arrive at Tan Son Nhat airport, we will pick you up there and transfer to centre for relaxing and overnight. Meals: None

8:00 AM - We depart from your hotel to visit Cu Chi - a byzantine maze of underground passages, chambers, rooms and booby traps used during the war. You'll be able to get an idea of what it would have been like to live, sleep and eat in the underground passages and bunkers during the fierce battles above and below the surface. Return to the city for lunch at a tasty restaurant in the city centre. In the afternoon, you'll discover the Reunification Palace - a blend of traditional ritual and modern architecture, served as the presidential palace of South Vietnam until reunification in 1975. The building now functions as a museum, offering tours of the former state rooms, presidential office and library, living quarters of the president's family, and underground war rooms. Our next destination is Binh Tay market and its surrounding area – known as Cholon or China town. The market is always busy, crowded and messy with small aisles selling all manner of goods, our main point is not for shopping but to enjoy the authentic Chinese atmosphere that has existed here for hundreds of years. There’s also time to visit Thien Hau pagoda before heading back to your hotel. Meals: B, L 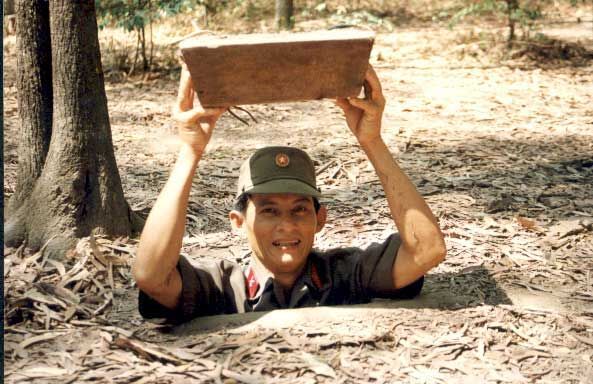 8:00 – 8:15 AM – pick up from your hotel for an approximate 2.5 hour drive to our exploration area. We let the touristy spots behind and travel beyond, where very few other visitors have the chance to go. We arrive at Cai Thia pier at about 10h30. Boat hits the waterways bring you to the village of Hoa Loc. We will cycle through the villages on the winding countryside roads. The first stop is the local house where they produce the typical rice paper, there will be lots of opportunities to interact with locals as you cycle through the villages. We also visit another family for a cup of tea and taste some local cakes. We go back to our boat heading to further remote region of Mekong. We reach the canals, we’ll take a rowing boat that takes us deeper into the countryside of the Delta through the networks of small canals with traditional houses on both sides and lots of daily life. Lunch will be served at a local homestay with featured local dishes. After lunch, we may leisure walk around lush garden or learn a bit history of traditional house by its owner. In the afternoon, we cruise toward Vinh Long with more stops at local workshops. 16:00 – a quick transfer from Vinh Long pier to Can Tho, where you check-in your hotel and enjoy the night in this “mega city” of the Mekong Delta. Meals: B, L 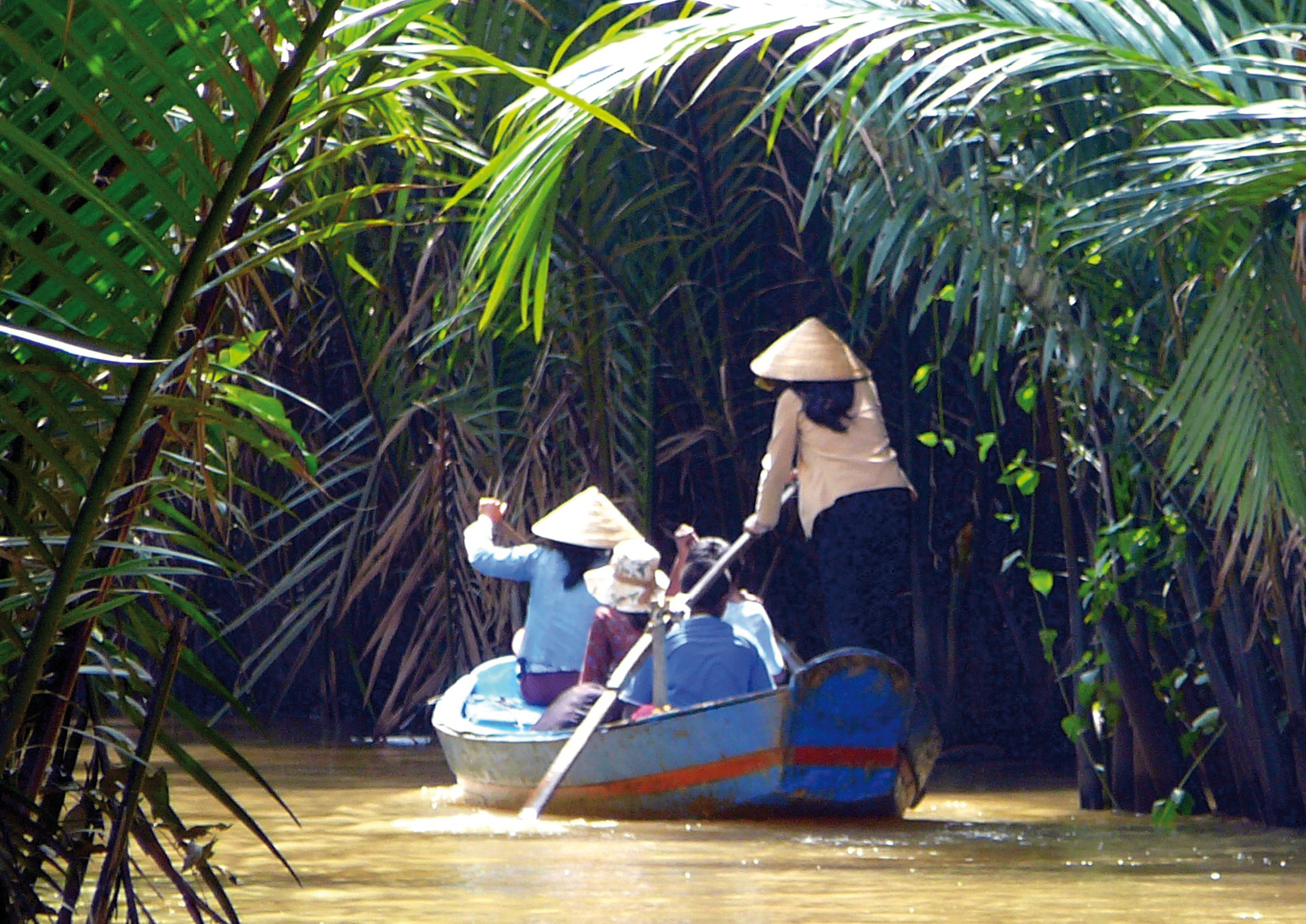 After an early breakfast, we start a boat cruise to head to the bustling Cai Rang floating market – the largest and most colorful in the Mekong delta. Feel free to take photographs, talk or bargain while our boat glides slowly through the market mayhem. There are fantastic photo opportunities amidst the huge variety of agricultural bounty on sale here. Farming boats big and small trade seasonal fruits and an array of other goods in a chorus of sights and smells that you won't soon forget. We then take a leisurely stroll through the farms and houses of a nearby village to see fragrant tropical fruit orchards, cross over quiet streams on monkey bridges, pass by local market and pagoda. A short drive takes you back to Can Tho for a relaxing lunch, and we then start the drive back to Saigon and return you back to your hotel around 5pm. If you don’t mind arriving a bit later, we have the possibility for a last stop en route in My Tho to stretch the legs and visit Vinh Trang pagoda. We arrive in Saigon and check-in your hotel. Meals: B, L 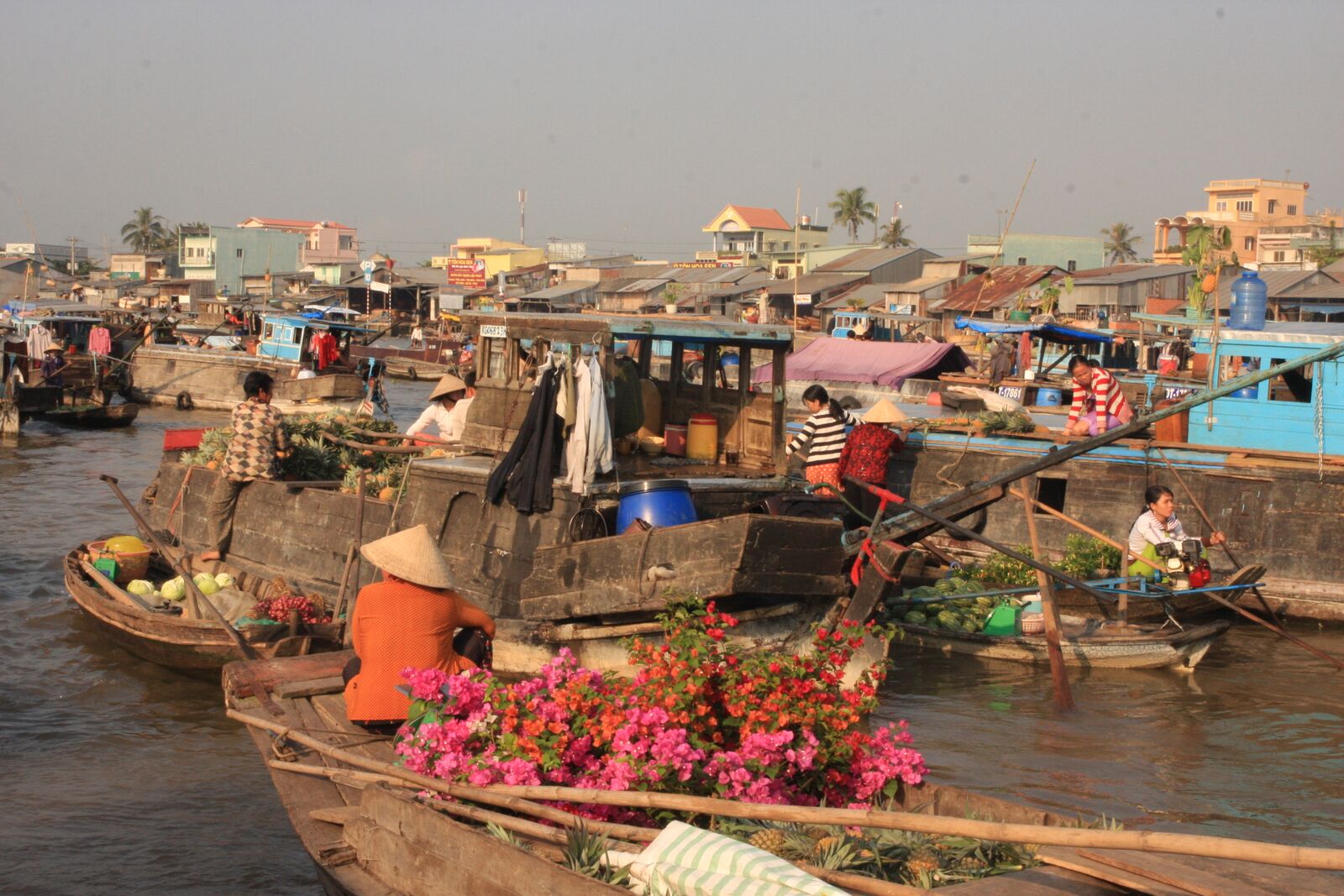 This morning, you'll have free time at your own leisure. After that, we will drop you off at Tan Son Nhat airport for the flight out Saigon. Meals: B 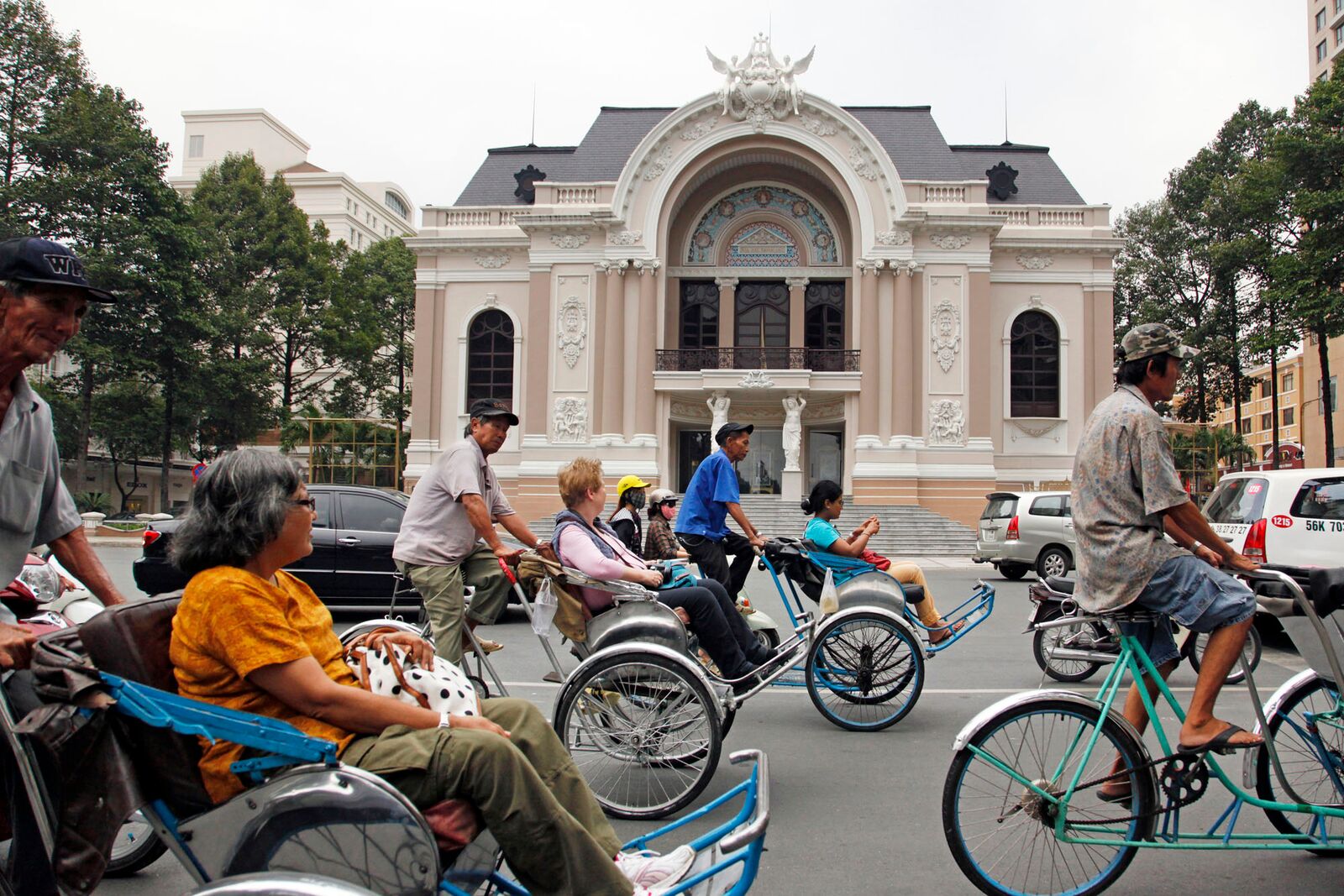 Share this with your friends and get a 15% Discount Coupon !

Thank You. Your booking have received and booking number is
http://www.asia-trips.com/wp-content/plugins/contact-form-7/includes/js/scripts.js 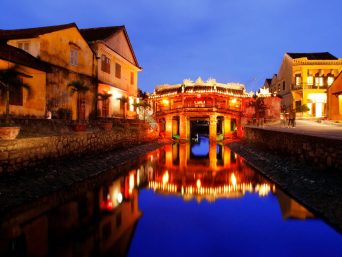 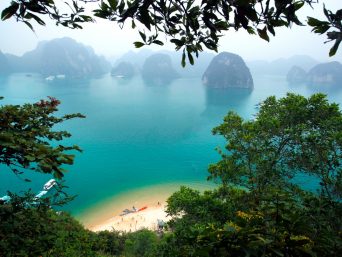 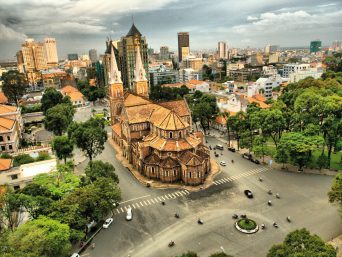